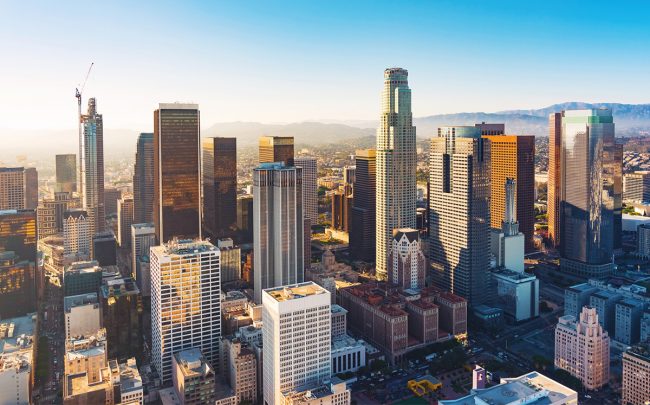 So how does the all-money-down technique work by purchasing a home with cash? First of all, let me repeat that I really didn’t have any cash, but I had a significant amount of equity from Terry’s home and several homes that I owned put together to give me a substantial cash down payment. Banks and mortgage companies alike will accept money from a home-equity line of credit as cash to purchase a home. At least they did in 1997 under the financial guidelines of the day. What you must remember about mortgages and lending is that the guidelines change constantly, so this technique I used in 1997 may or may not be able to be used in the future. Whether it is or isn’t able to be used again doesn’t really matter to me as I believe that there will always be a way to buy real estate with limited money down sooner or later. There will always be a technique to acquire real estate but exactly how that will be done in the future I’m not completely sure.

I began purchasing homes in the Mayfair section of Philadelphia with the prices in the $30,000 to $40,000 per home price range. I would purchase a home with three bedrooms and one bathroom on the second floor with a kitchen, dining room, and living room on the first floor and a basement. What we call a row home in Philadelphia would consist of a porch out front and a backyard the width of the home. Most row homes in Philadelphia are less than twenty-two feet wide. For those of you who are not from Philadelphia and can’t picture what a Philadelphia row home looks like, I suggest you watch the movie Rocky. Twenty-two homes on each side of every block will really test your ability to be a neighbor. Things that will usually cause an argument with your Philadelphia neighbors often stem from parking, noise your children make, where you leave your trash cans, parties, and the appearance of your home.

In 1998 my girlfriend and I moved in together and to the suburbs of Philadelphia called Warminster. After living on a street in Tacony, much like Rocky did, I really looked forward to having space between my home and my next-door neighbor. I told Terry not to even think about talking with the people who lived next door to us. I told her if one of them comes over with a fruitcake I am going to take it and punt it like a football right into their backyard. I believe I was suffering from Philadelphia row home syndrome. My new neighbors in Warminster turned out to be wonderful people, but it took me eighteen months before I was willing to learn that.

So you just bought your row home for $35,000 in Mayfair, and after $2000 in closing costs and $5000 in repair costs, you find yourself a good tenant who wants to rent the home. After renting the home with a positive cash flow of $200 a month, you now have an outstanding debt of $42,000 on your home equity line of credit that will have to be paid off. When purchasing the home, I did not get a mortgage as I just purchased a home for cash as it is said in the business. All monies I spent on this house were spent from the home-equity line of credit.

The move now is to pay off your home-equity line of credit so you can go do it again. We now go to a bank with your fixed-up property and tell the mortgage department that you want to do a cash-out refinancing of your real estate investment. It helps to explain that the neighborhood you purchase your property in should have a wider range of pricing as the neighborhood of Mayfair did in the mid-90s. The pricing of homes in Mayfair is quite unusual as you would see a $3000 difference in home values from one block to the next. This was important when doing a cash-out refinancing because it’s pretty easy for the bank to see that I just bought my property for $35,000 regardless of the fact that I did many repairs. I could justify the fact that I’ve spent more money on my home to fix it up, and by putting a tenant in, it was now a profitable piece of real estate from an investment standpoint.

If I was lucky like I was many times over doing this system of purchasing homes in Mayfair and the appraiser would use homes a block or two away and come back with an appraisal of $45,000. Back then there were programs allowing an investor to purchase a home for 10 percent down or left in as equity doing a 90 percent cash out refinance giving me back roughly $40,500. Utilizing this technique allowed me to get back most of the money I put down on the property. I basically paid just $1,500 down for this new home. Why did the mortgage companies and the appraisers keep giving me the numbers I wanted? I assume because they wanted the business. I would only tell the bank I need this to come in at $45,000 or I am just keeping it financed as is. They always seemed to give me what I wanted within reason.

This whole process took three to four months during which time I may have saved a few thousand dollars. Between the money I saved from my job and my investments and cash out refinancing, I had replenished most or all of my funds from my home-equity line of credit that was now almost back to zero to begin the process again. And that is exactly what I intended to do. I used this system to purchase four to six homes a year utilizing the same money to purchase home after home after home over and over again. In reality, the technique is a no-money down or little money down technique. At the time maybe I had $60,000 in available funds to use to buy homes off of my HELOC, so I would buy a home and then replenish the money. It was a terrific technique that was legal, and I could see my dream of being a real estate investor full-time coming to an eventual reality even though I wasn’t there yet.

During the years from 1995 to 2002, the real estate market in Philadelphia made gradual increases of maybe 6 percent as each year went on. I began to track my net worth that was 100 percent equity, meaning I had no other forms of investments to look at when calculating my net worth. Generally speaking, the first five years of my real estate career did not go well because of the bad decisions I made purchasing buildings and the decline in the market. Furthermore, my lack of knowledge and experience in repairs made it a rough. The second five years of my real estate career that I just finished explaining didn’t make much money either. I supported myself primarily through my career as a salesman, but I could definitely see the writing on the wall that down the road real estate was going to be my full-time gig.

I own an office building that has a real estate company as a tenant called Realty Professionals of America. The company has a terrific plan where a new agent receives 75 percent of the commission and the broker gets only 25 percent. If you don’t know it, this is a pretty good deal, especially for a new real estate agent. The company also offers a 5 percent sponsorship fee to the agent who sponsors them on every deal they do. If you bring an individual who is a realtor in to the company that you have sponsored, the broker will pay you a 5 percent sponsorship out of the broker’s end so that the new realtor you sponsored can still earn 75 percent commissions. In addition to the above, Realty Professionals of America offers to increase the realtor’s commission by 5 percent after achieving cumulative commission benchmarks, up to a maximum of 90 percent. Once a commission benchmark is reached, an agent’s commission rate is only decreased if commissions in the following year do not reach a lower baseline amount. I currently keep 85 percent of all my deals’ commissions; plus I receive sponsorship checks of 5 percent from the commissions that the agents I sponsored earn. If you’d like to learn more about being sponsored into Realty Professionals of America’s wonderful plan, please call me directly at 267-988-2000.